The Boxall & Edmiston team of craftsmen and engineers are led by company directors Peter Boxall and James Edmiston, who both play an active role in the companies management and production. 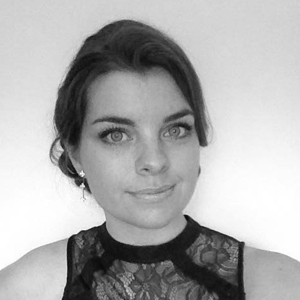 Lorna's natural warm personality and "no-nonsense" approach made her an undeniable asset to the business. Lorna works to ensure the process runs as smoothly as possible, preparing the various tasks, information needed and overseeing the logistics needed to produced modern British shotguns. Lorna is also trained in the use of SAGE accountancy software and now manages the day to day administration of invoicing and payments, a role that complements the work with clients. 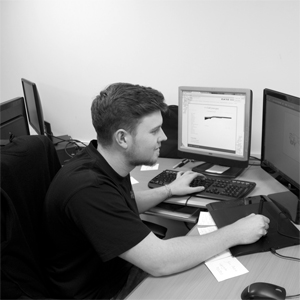 Having graduated from Birmingham City University with a degree in Graphic design, Tom has vast experience of design software. This knowledge of software, coupled with a natural artistic ability, makes Tom a valuable member of the team. Working on both communications and engraving, Tom has ensured that B&E stays at the forefront of laser engraving developments in . 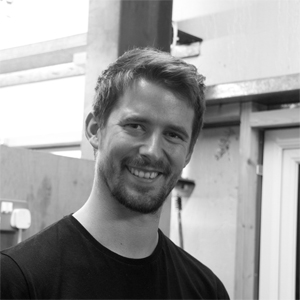 Another second generation gunmaker, Dan was trained by his father, Lewis Potter, who writes for Shooting Times and is the author of many shooting related books. Dan had been working as a gunsmith before wishing to progress into the manufacture of new guns. Dan assembles the metalwork to the gun, and shaping the components as requested by each commissioning client. 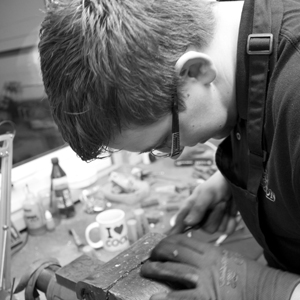 Jack is the apprentice, currently in his third year of an engineering qualification. Jack works alongside Dan to action (assemble) the guns and has developed a for shaping components to the requests. Jack also fits many of the internals and works with the finishing team to ensure the mechanism works as hoped. In 2016, Jack the "outstanding apprentice" award from his training provider SBC, a accomplishment and a demonstration of how much he has learned. 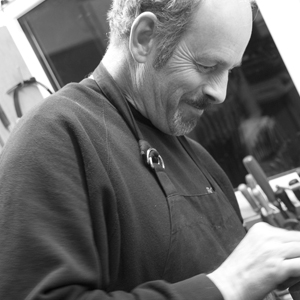 Alan has worked with guns for most of his life, firstly as a hobby and later profession. Alan's ability is rooted in his fastidious hunt for perfection, which is a worthy course when stocking and finishing best English guns. Working with the finishers and other experts from the British gun trade, Alan has developed a shotgun finish that is little . 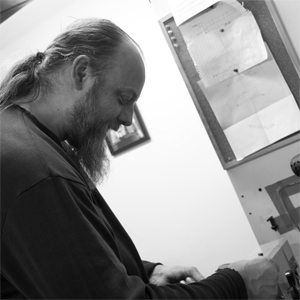 Having worked as an engineer, shotgun, and rifle maker; Andy has extensive experience working on firearms and has a unique ability to and develop mechanisms. With an overall knowledge of each aspect of firearm craftsmanship, Andy works as a shotgun finisher, which involves the intricate details of timing, feel and elegance into a B&E. 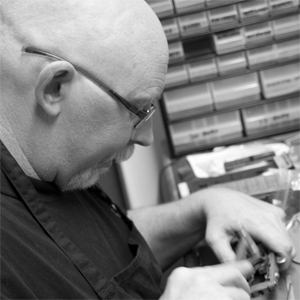 Mark works alongside Andy Dyke in the finishing department of B&E. With many years experience as an engineer and , Mark brings an element of to the production process, working with Lorna and the rest of the team. Mark ensures every element of the gun is prepared for the final finishing touches that give each guns its unique feel and look. 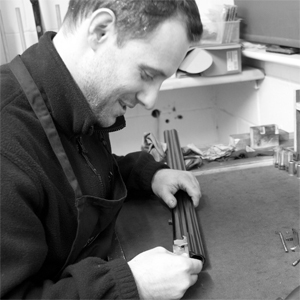 Having worked extensively with both Rifles and Shotguns, Mark works in the servicing department of B&E and also provides repair services to clients who wish to have their other products worked on and maintained by their gunmaker. Mark has experience of Solidworks and can run a CAD system, his knowledge of mechanisms and finishing has been invaluable in the development of each B&E product.