Difference between a demi and mono-bloc barrel 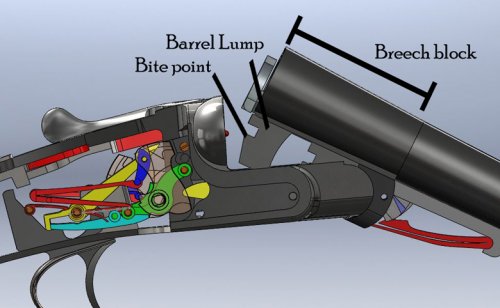 Demi-bloc and for methods of barrel cons on shotguns and rifles.

The names are helpful as ­­­means half or two and means one. In this case, a Demi-bloc consists of two parts with a consisting of one.

The "Bloc" (Breech) in both cases is the first section of the barrels that fits the action body that uses the barrel "lump" to lock into place.

A Demi-bloc is often referred to as a "Chopper lump" barrel and from the top and left picture below it should be evident why. Each barrel is formed from a single piece of steel which gives additional strength as the steels grain flows through the entire barrel. 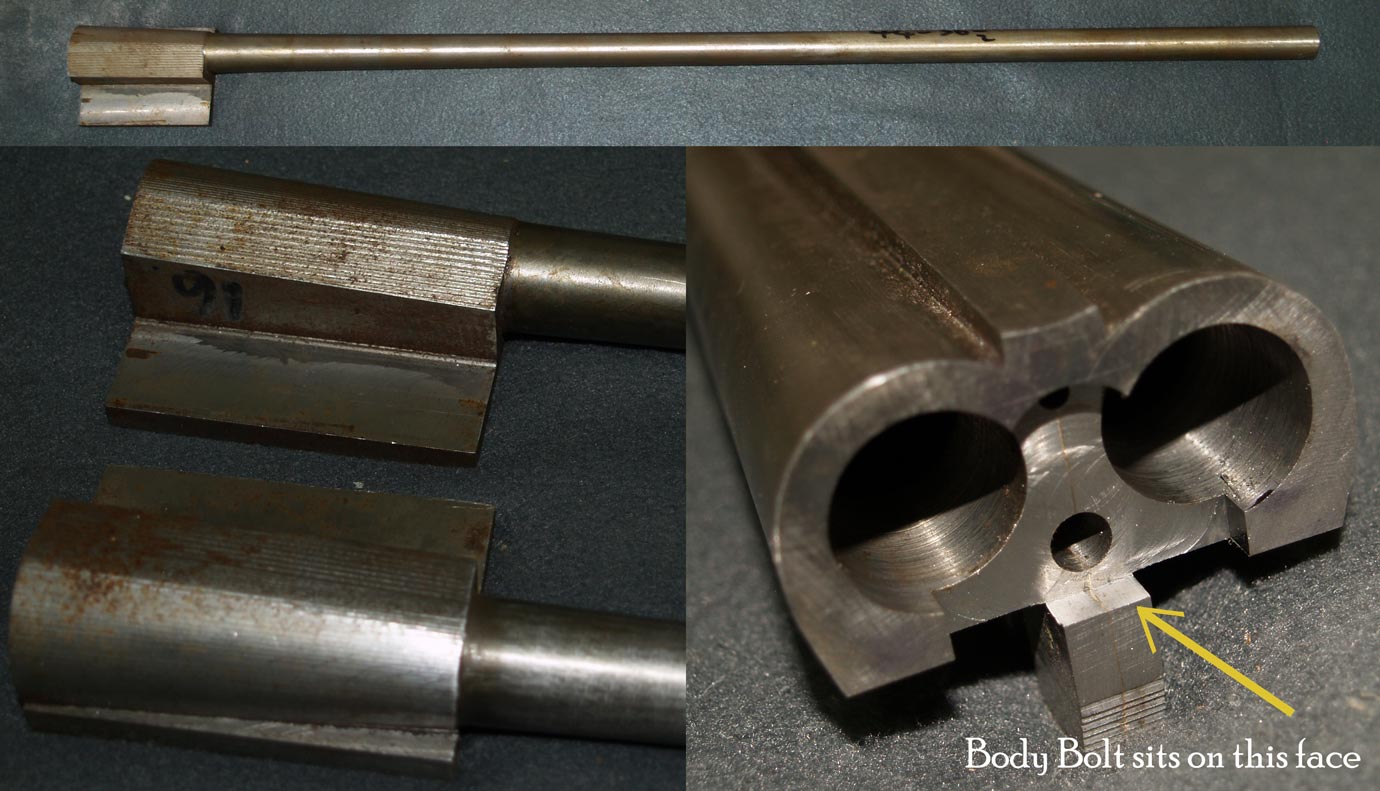 The picture above shows the assembled Demi-bloc. The line down the middle is the fitted braised join which has to be accurately assembled to ensure the barrels converge at the correct angle (the convergence angle ensures both barrels point toward the same point of impact - more on convergence angles in next month's feature).

A Mono-bloc barrel consists of a single component that the barrel tubes are into. The below shows the Boxall and Edmiston Sidelock Barrel lump in both design (CAD) and component form.

The main advantage of a Demi-bloc barrel is its strength. When a cartridge detonates a shotgun is held shut by the "Bite" which is the body bolt pushing down on the barrel lumps. The bite on a Demi-bloc pushes down on both halves of the barrels giving extra support.

The bite is incredibly important on any gun which is why shotguns of quality are smoked in; this is the process of adding soot to a component and then fitting it to identify the points that they rub together. 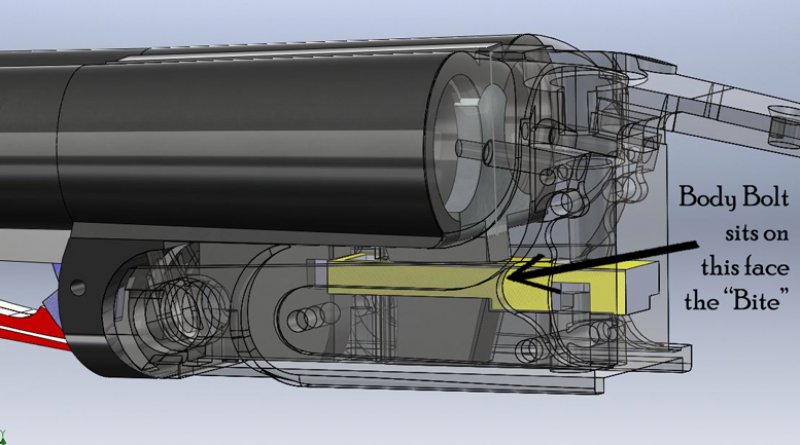 The benefits of a come from the accuracy of its manufacture as its size is perfectly machinable. Angles can be machined to a tolerance of microns and most importantly the convergence angles are added easily. As Mono-bloc barrels are easier to machine they are also inherently less costly to manufacture. 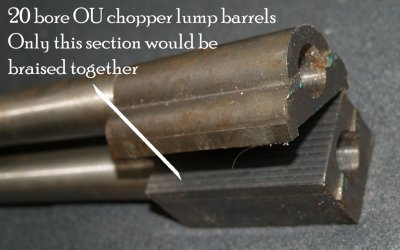 At Boxall and Edmiston, the use of barrels is felt appropriate due to the Engineering advantages offered such as Diamond Shaped Ejectors and important convergence angle. Diamond shaped ejectors are engineered in such a way that the guide leg is no longer necessary; a component that notoriously brakes on English guns. Furthermore, the larger surface area on the diamond ejectors reduces wear and gives a much more positive ejection.

With modern Engineering barrel production has become far more advanced and both Demi-bloc and barrels have pros and cons that will be difficult to discern for most shooters.

When we apply this topic to OU's the logic turns on its head. As the barrel lumps and therefore the bite is on the bottom barrel of a Demi-bloc barrel the only thing holding the top barrel into the action is the braise between the two.

The below shows the Boxall and Edmiston over and under lump from its CAD form through the various stages of machining. The strength of the barrel lump is far greater on an over and under as it's formed from a single piece of steel. It is also far more and the convergence angles and bite points are which is why most over and are manufactured in this way.