The story of the gun builder

The gun builder tool was conceptualised, designed and developed entirely in Shropshire by local design agency "Source" and the Boxall & Edmiston communications team.

The idea was born as the number of bespoke options across the range of Boxall & Edmiston shotguns expanded. At present, each gun has over 50 million combinations, not including stock dimensions. This vast array of options can be as simple as an aesthetic change of thumb piece, or as crucial to someone's chosen shooting discipline as barrel length and choking. As such, explaining these to clients and potential clients became increasingly difficult, particularly as Boxall & Edmiston started to be noticed around the world.

The idea was developed with Source Design, who have a specialist team of web designers and programmers, alongside a myriad of other communications experts. Source worked with the Boxall & Edmiston team and the concept of the gun builder was brought to life, with a production plan and vast list of technical and creative challenges to overcome.

It is fair to say that without Source the idea would never have happened, their teams commitment was unquestionable and it was evident that they understood the benefit of the gun builder tool to Boxall & Edmiston's potential growth and we are grateful for everything they did.

Below is one of the original concept designs for the gun builder, you'll see from using the tool that it changed a lot during its development. 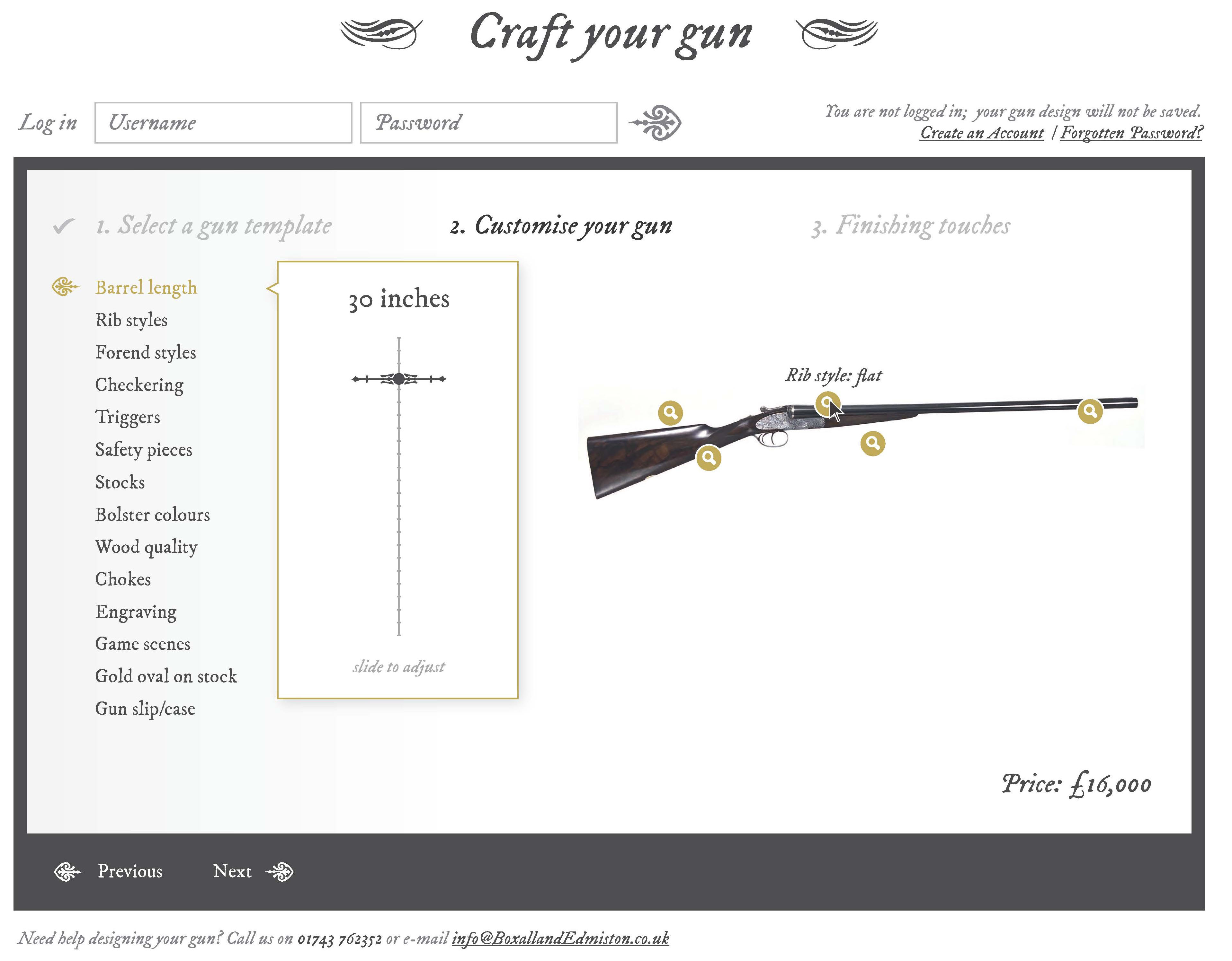 Besides the overwhelming challenge of programming such a complicated tool; the team had to consider how to make it user-friendly, mobile and desktop compatible and expandable, as new bespoke options are added.

Another must for the team was to use actual images of finished guns, as it is impossible to generate accurate computer representations. As such, one of the main logistical issues was photographing each feature from finished guns and then finding a way to overlay them or make them compatible with other features. This issue was compounded by the limited number of guns that had been produced when the gun builder was first developed, in 2015 the 100th gun was produced and between the various gauges and models it was finally possible to create almost all of the combinations necessary to make the gun builder work.

Boxall & Edmiston were fortunate to employ the services of Richard Faulks photography, who understood the idea of the gun builder from the offset. As a shooter himself, Richard understood the brief and between the teams we developed a method for photographing each gun from the four angles with relative ease. Close-ups were also taken of unique features to ensure crisp images when zoomed in or the final image processed. Extreme close-ups were also needed for the explanatory section at the bottom of each page. 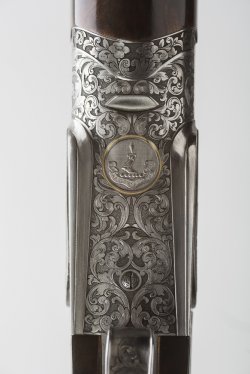 Despite the major technical and logistical issues, the Boxall & Edmiston team and Source Designs felt they could create this tool and make it work as a revolutionary marketing tool.

During the of the project, a funding stream called the "Eureka" project was announced, which awarded a combination of European and local Government money to support businesses access new markets.

The "Eureka" funding hinged upon the idea for the project being entirely new for your field and as no other in the world has created a bespoke design tool, the funding was granted. Without this funding, the project would have been too expensive for Boxall & Edmiston to undertake at the time. The Boxall & Edmiston team also undertook all of the laborious re-working of images to be used for the gun builder, which helped ensure the project was attainable for what was, at the time, a small company.

The gun builder now demonstrates the majority of bespoke features available; however, there are still some that have been so rarely requested we cannot yet add them to the tool. Winged for example, have only been produced once; skeletonized top levers are another feature so rarely requested we have yet to include it.

It is worth noting that if a feature is not available on the gun builder, it is more than likely something we would offer. To find out please do not hesitate to speak with our team at the workshop in Shropshire, England. Unlike other gunmakers, we do not have a dedicated sales team, instead our directors and gunmakers discuss the clients specifications and identify the clients perfect gun. As such, we do not promise anything we cannot achieve as it will be us physically making the gun, we also do not promise unrealistic delivery times and pride ourselves on moving guns through our production route with swiftly as possible whilst maintaining the quality we have become known for.

We are incredibly proud of the gun builder as it demonstrates what we at Boxall & Edmiston are working towards. Our company ethos is, "preserving the art of British ", and we are passionate about doing just that. We believe that by combining technology with traditional , some of the hurdles of the past can be overcome and British can survive in a new, modern interpretation.

Using this technological step, we at Boxall & Edmiston can demonstrate our product range without the need for a physical shop or sales team. All of our efforts go into making beautiful guns and ensuring our clients are thrilled with the results.

If you have any questions about the gun builder or any of our products or services, please call our communications team at Boxall & Edmiston, contact details are available via the contacts tab or by clicking here.

We are also happy to announce that we were awarded 'Best website' at the 2016 Shooting Industry Awards. We were informed the Gunbuilder played a significant role in our victory, see the award below. 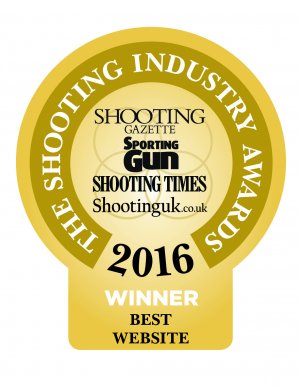