After an 18-month build time, the BASC gun draw 2012 prize winner received his gun in December 2014. The article detailing the delivery of the prize was in last months BASC magazine and can be found below.

Another gun draw is planned with BASC for 2015 and more details will be available in the May edition of their magazine and from our website. 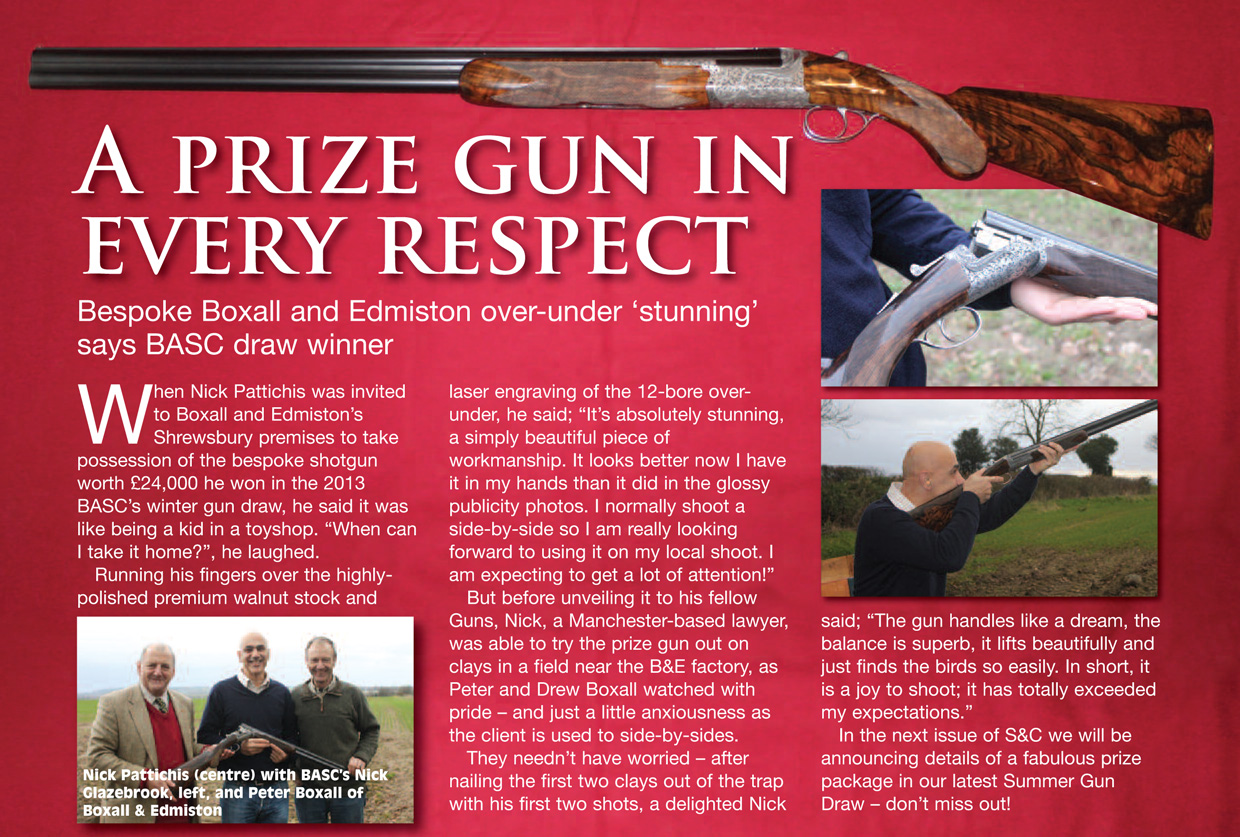