When designing any product, the most important factor of its design can be simply stated; it must fulfil its function and do it safely. A shotgun has so many functions that shooters rarely consider, all of which must be carried out safely despite each shot detonating an explosion millimetres from the shooter's face. To name but a few a gun must:

At Boxall & Edmiston one of the early safety checks every model and many components undergo is stress analysis. Using Soildworks (our Computer Aided Design system - CAD), our team of engineers apply the kind of maximum stresses to each 'pressure bearing' component that they will undergo during use.

When the gun is closed, a component called the Body Bolt locks the barrels in place. On a side by side the Bolt travels through the lower half of the action body and onto two surfaces on the barrel lumps. 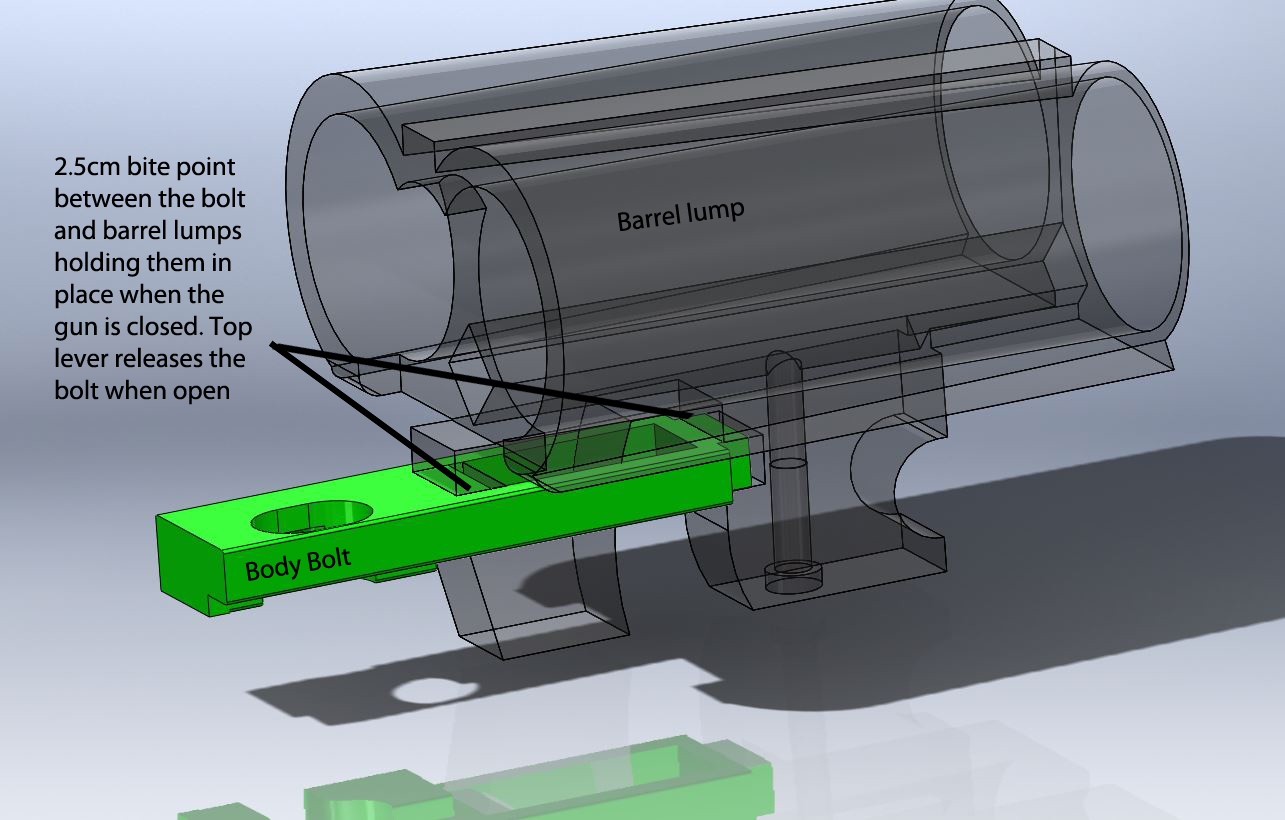 The distance between the barrel and action flats is known as 'Spring' or 'Bounce' and is left slightly open after the initial jointing of the gun (the process of fitting the barrels to the action), to allow for the slight movement or distortion during hardening. 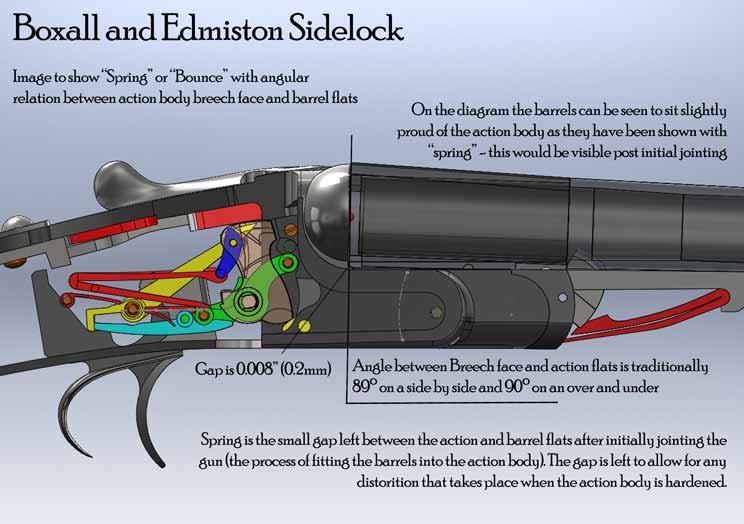 Once the seal between barrels and breech face is complete and it has been proofed (proved) at the proof house (the Government test to ensure guns are safe for use) the cartridge detonation is contained within the barrels and sealed by the action body breech face, it is then a safe gun and becomes real in the eyes of the law.

When a cartridge is detonated the force of the explosion attempts to pull the barrels forwards, putting pressure on the cross pin. The below stress analysis shows the weak points on the action body when this explosion occurs, red being dangerous levels of stress. By defining the steel composition in the CAD system it calculates how well the chosen material will withstand the forces applied.

Please note - for this stress analysis we put far more force onto the action than would be exerted with a normal cartridge, to highlight potential weak points.

Before designing the gun our engineers, directed by Peter Boxall who led the design team for many in Holland and Holland's range, had identified the cross pin as a potential weak point and engineered in a second face.

The below shows the actual stress analysis test for the Boxall & Edmiston Sidelock with the additional face of the ' draw', a second surface for the barrel lumps (the protrusions on the underside of the barrels) to arc around and lock into. 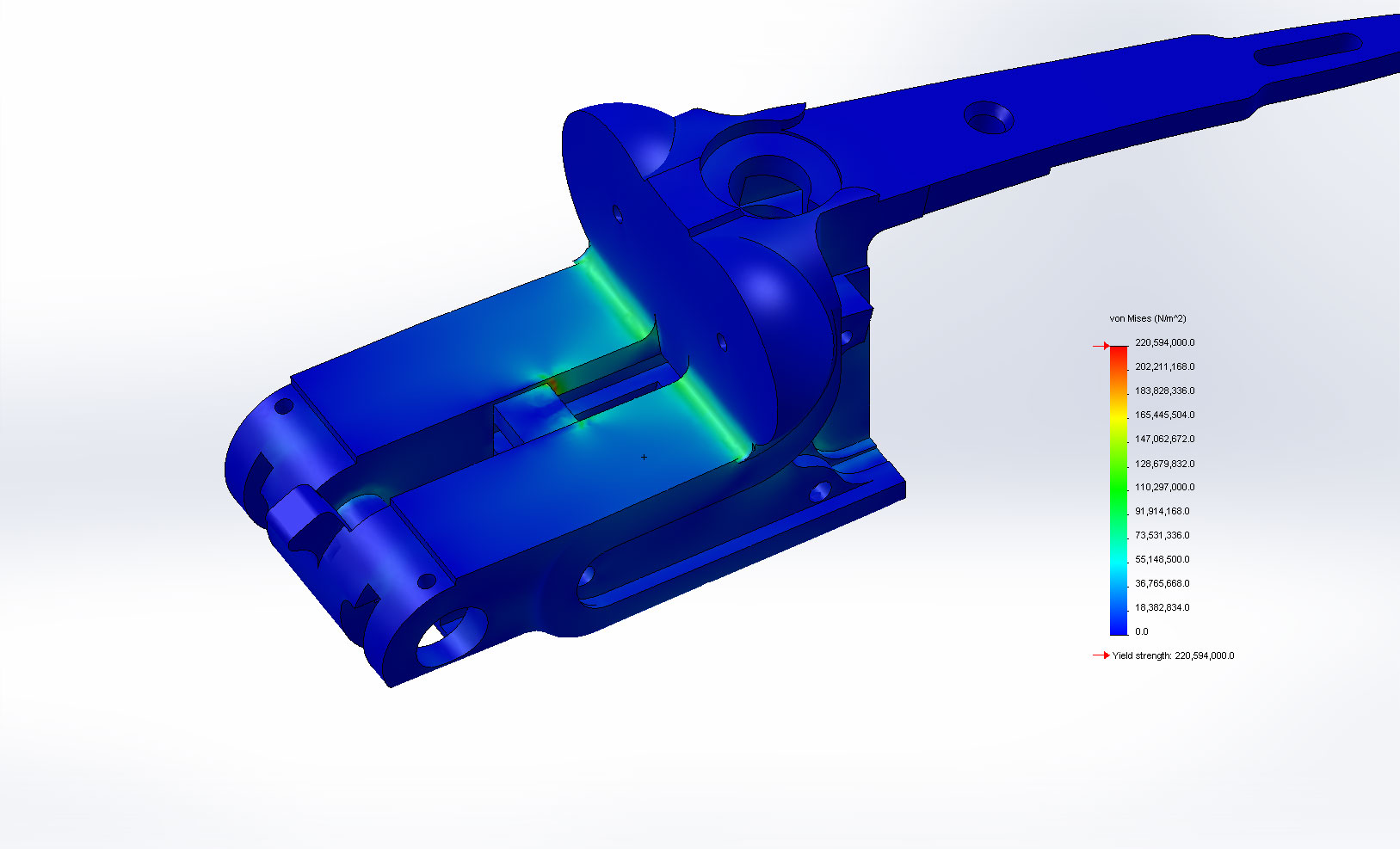 By spreading the force and stresses on the steel between the draw and cross pin the wear is much reduced; furthermore the draw is replaceable and after thousands and thousands of shots a new draw can be fitted to ensure an ongoing solid and safe fit of the barrels to action for hundreds of years. 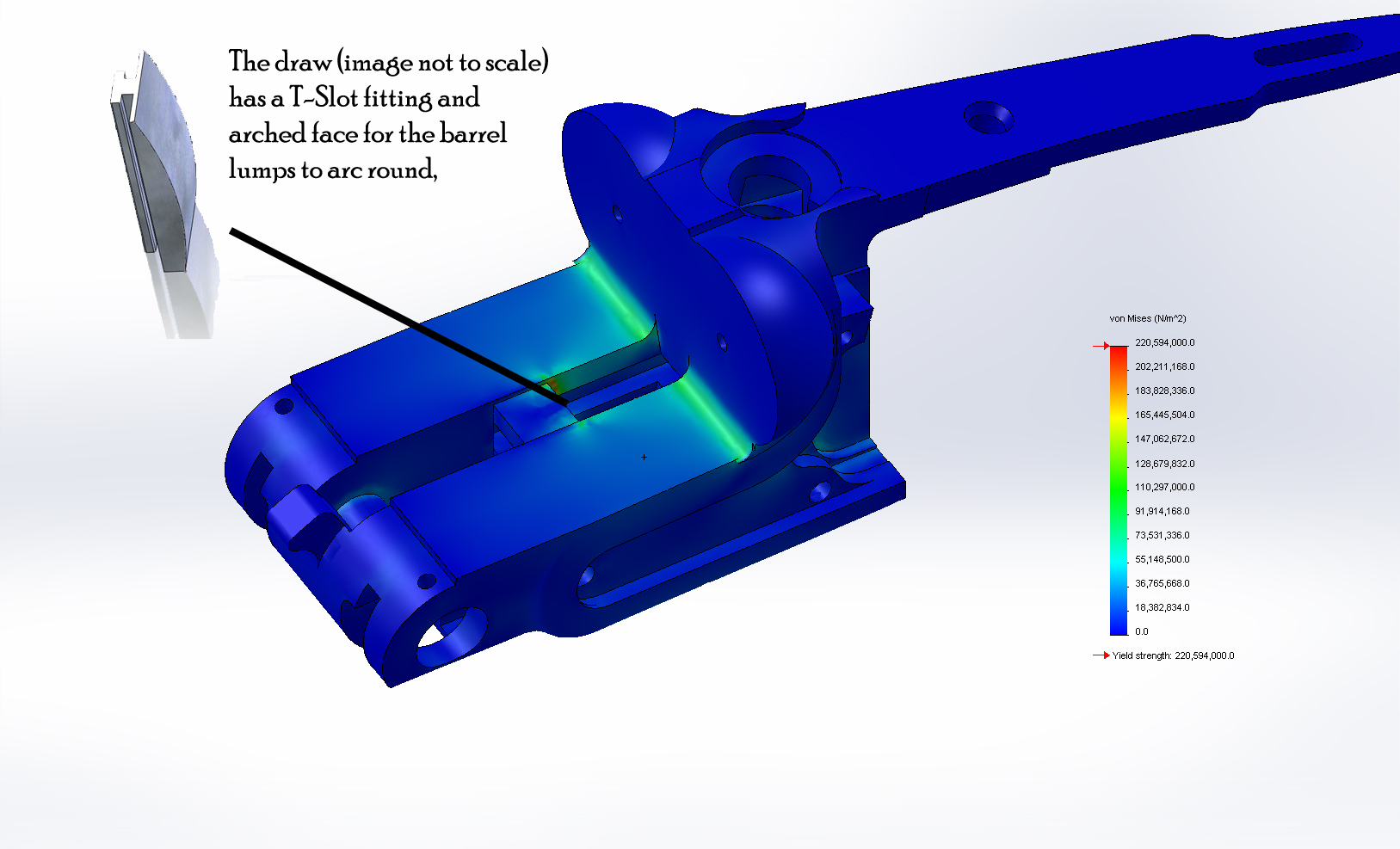 Stress analysis allows the Boxall and Edmiston team to ensure every shotgun in the range is entirely safe to use before manufacturing a single component.
View our gallery of Bespoke Guns